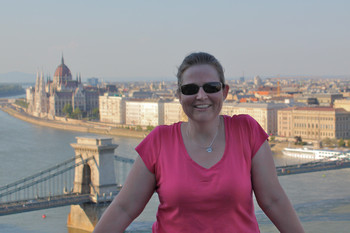 The phrase Hobson's Choice means "No Choice at All" or "Take it or Leave it"...however the phrase was known due to a livery stable owner in Cambridge, England named Thomas Hobson who would rotate the use of his horses, he offered customers the choice of either taking the horse in the stall nearest the door or taking none at all. This was to prevent the best horses from always being chosen and in turn over using them over time. Although Hobson only gave one choice to his customers...it was for the best reasons.

For me...Hobson's Choice means something very similar. I come from a long line of Hobsons who were technical, creative and entrepreneurial. Although there were many of us with many creative talents, there was one Hobson in particular who impacted me most, my Grandfather. I spent an enormous amount of time with him as a kid so I quickly learned to learn. He taught me to think like an engineer, how to see the big picture, and to always look for the good in people. He also gave me one of the greatest gifts...a camera. At a very young age he was taking me hiking in the mountains of North Carolina taking pictures along the way. I have taken pictures from that point on, however I never thought I could take it to the next level. I focused on engineering for a long time, with a camera along for the ride. After much thought, I realized that photography has continued to be first. At least first in my heart.

So for me, there is no choice but to continue to build upon his legacy.

Thanks so much for visiting this time, please stay tuned...there is always more to come.